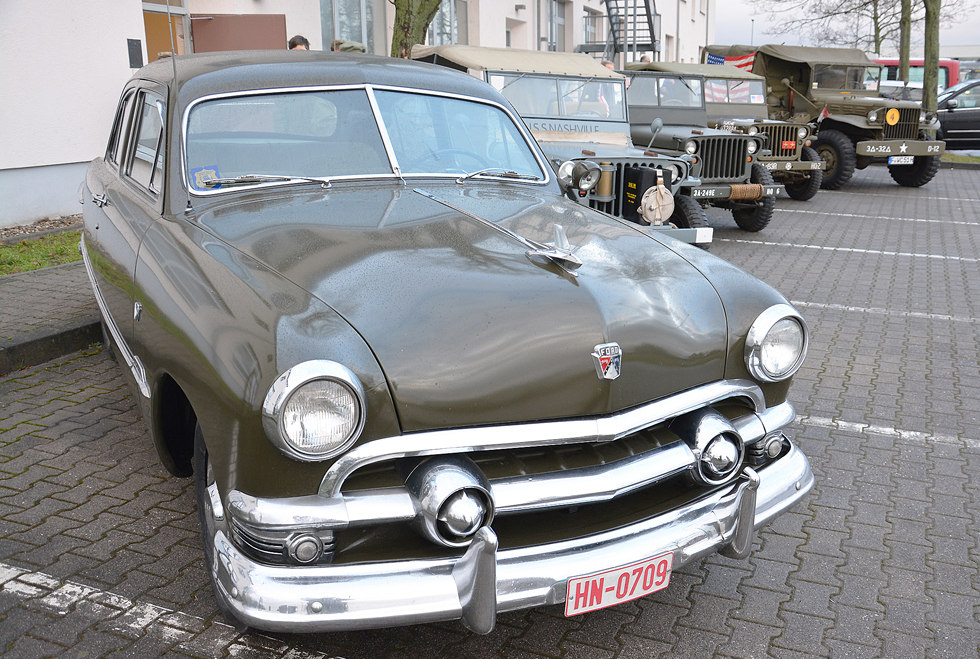 Welcome to my private photo gallery with photos on my former Dodge WC52 and my actual Dodge WC51 project – as well as on WW2 related Events and locations I have visited in 2012.

Please notice that you are opening partwise photo galleries with a php script. To see in the listed galleries all photos please click on „next image“ on top of each photo to open that way the next one in the gallery.

Official commemoration of the State of Hesse and the FRAPORT AG at the Berlin Airlift Operation memorial, Frankfurt. In place the Minister of the State Mr. Bouffier, General Williams, USAF, the daughters of the Candy Bomber Gail Halvorsen and others. Support: The Berlin Airlift Association Frankfurt (Verein Luftbrücke Frankfurt-Berlin 1948-1949 e.V.) and the US Military Vehicle Club e.V. (USMVC)). Our Club was organizing an C-47 loading re-enactment and with 15 MV of the Berlin Airlift period in place.
After Action Report of the USMVC: USMVC article

Article in the Stars and Stripes: 70 years Berlin Airlift

The US Air Force celebrated on September 29 the 71. birthday of the US Air Force and the 70. anniversary of the beginning of the Berlin Airlift back in 1948.
Spangdahlem is today the home of the 52 Fighter Group and of the 726 Air Mobility Squadron – the unit of the legendary „Candy Bomber“ Col. Gail Halvorsen a.k.a. „uncle wiggly wings“.

With WW2 Military Vehicles provided by the US Military Vehicle Club, that had been lined up at the entrance of the Eifel Club Ballroom, an Checkpoint Charlie decoration of the stage and candy parachutes on the tables all was done to honor those who helped to save a City 70 years ago.

Guest of honor have been Traute Grier and Vera Mitschrich, members of the Berlin Airlift Association (Frankfurt) and both former „kids from Berlin“ that waited for the candy parachutes to be dropped from the approaching C-54 aircraft.

A special highlight was a video that Gail Halvorsen had sent as a birthday greeting that was shown and ended with him singing the Air Force song. All guests at the ball started to stand up and to sing with this outstanding WW2 and BAO veteran. A very touching moment for all in place.

My updated (brighter) photoshop version of those photos: www.steel-toys.com/Spang18/

I had the honor to be in place as the official representative of the Patton Foundation at the Luxembourg American Cemetery commemoration and wreath laying ceremony. In addition we had a wreath with us for the AUSA C.W. Abrams Chapter, Wiesbaden and the U.S. Military Vehicle Club, Germany, honoring those who liberated Europe from the Nazi dictatorship.
Article and photos at the Luxemburger Wort Newspaper online (photos by Lex Kleren): Veterans Day 2018 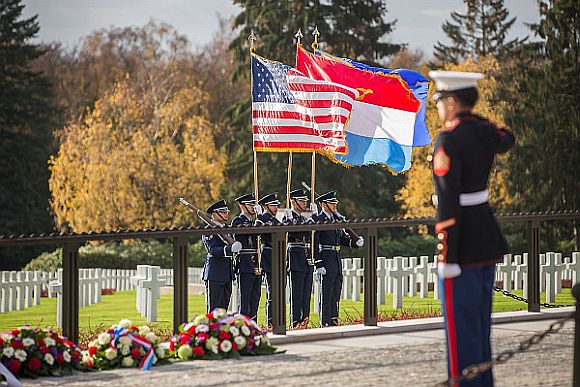 My compilation of best of photos.
Link: www.steel-toys.com/VD18/